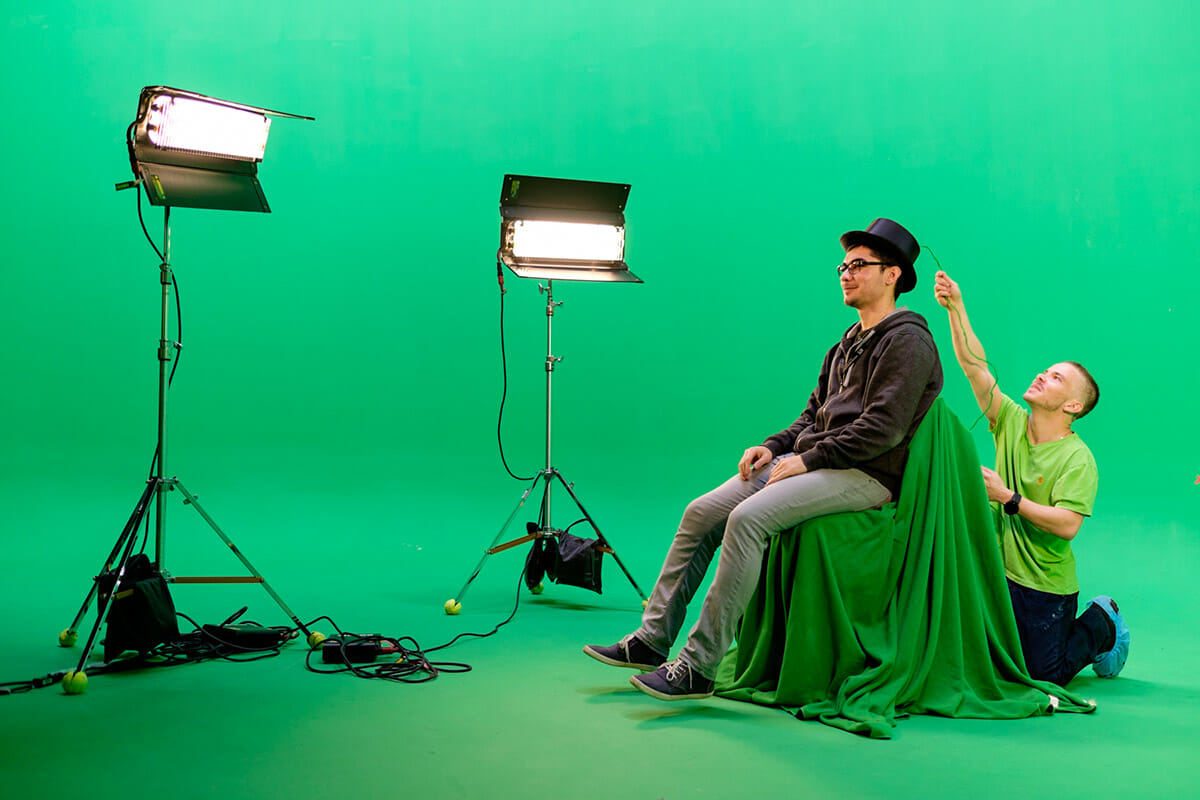 As with all creative industries, animation loves freelancers, so people tend to pop in and out of projects and studios all the time; a lot of us even work from home. So aside from the usual sales, marketing, HR, and financial roles (snooze), here are most of the roles required by a large Animation Studio Malaysia:

The producer is pretty much the boss of the studio. This team have to contend with the budget, scheduling, sourcing of materials/software/hardware and making sure that the project keeps developing creatively and efficiently. They may even be the ones responsible for negotiating with investors or broadcasters once they’ve worked out the budget.

Great producers will make sure that they get the project done on schedule, within budget and to specification all whilst ensuring their directors and designers are given enough freedom and creativity.

Most of you should be familiar with what a director does, well it’s a vital position in animation too. They provide the creative leadership for the series/project and oversee all its visual, design and narrative decisions.

They’re involved from the very beginning of a project during the scriptwriting and storyboarding phase, holding authority over how a project develops.

In most studios, all directorial roles will be assumed by the same person (Dan for us!). In larger studios, the director, animation director and creative director will work together to ensure that the project meets the scheduling and budgetary requirements demanded by the production team and still comes out with the levels of quality, style, continuity and technical  aspects necessary.

Animation/creative directors have almost always been in animation for a while and have experience with sourcing, casting and creating the various animation teams before encouraging consistent, quality performances out of them.

Animation demands creativity with the word, not just with the stylus! Script writers and editors will work closely with directors, clients and vocal talent during production from before even the storyboarding phase.

This is a job for the truly creative people out there: devising the characters that you’ll see in an animation, sometimes all the way through concept creation to assisting in the modelling process.

A lot of you can sketch out some gorgeous character designs, I’m sure, but will they retain their essence when they’re being animated to within an inch of their life? You have to have a good eye for creating memorable, distinct characters that are capable of being manipulated to the degree that animation demands.

During the early stages of an animation’s life, the storyboarding team will be responsible for sketching out, shot by shot, exactly how they want the animation to look. This is where a script  gets turned into a story.

This process will be carried out in close relation to the director and scriptwriting teams and will form the first mock up of the animation to make sure that the narrative, pacing, action and continuity makes sense.

Whether a CG 3D modeller or someone who literally rolls their sleeves up and puts their hands on some clay, modellers and model makers are responsible for creating characters, props and environments in a three-dimensional space.

CG Modellers follow the concepts and references coming out of the design team and then pass their models onto the riggers to prep them for the animators to start putting them in motion.

For physical model makers, their creations are usually built straight onto an armature (stop motion skeleton rig) so no further rigging is required. Although, in modern stop motion production from bigger studios such as LAIKA, the lines between CG modelling and model making are becoming blurred. This is thanks to advancements in 3D printing which allow thousands of high quality model parts to be modelled digitally then printed faster and with more precision than you could ever sculpt them.

Character rigging is the process by which a 3D model is given its ‘skeleton’. This happens before animation occurs to give the animators the ‘joints’ and ‘bones’ which can be grabbed and manipulated in order for specific parts of the model to be animated.

In larger studios, animators and modellers may rig up their own models but it’s a very precise, technical job so decent rigging work from a dedicated team is highly valued.

These guys are the backbone of any studio and come in many different varieties depending on which style of animation they specialise in. Common types of animators you can expect to find in the biggests studios include 2D Computer Animator, 2D Hand Drawn Animator, 3D Computer Animator, Stop Motion Animator and of course, the Assistant Animators who support them.

Using tools such as Autodesk Maya, Blender, Toon Boom Harmony, Adobe Animate, DragonFrame etc. the animators create animation and visual effects. They deal with everything relating to the animation of the scenes and assets they are using, all whilst maintaining a consistency of design and style.

These character models or meshes may look cool but they still need that extra layer of visual authenticity. That’s where texture artists come in. They use an arsenal of hair, scales, wrinkles, freckles, moisture and other textures to ‘texture map’ or wrap these textures around the models, giving them depth, complexity and realism.

They’re the difference between a blocky, ugly, poligonal Sully and the furry, groundbreaking hair textures that we ended up with in Monsters Inc.

Some of you who aren’t involved in animation already might be a bit surprised here, but lighters are some of the most important people in bigger studios. They make sure that the lighting, mood and colour balance is consistent throughout a shot or a scene.

Think about the CGI in Jurassic Park. The way the lights hit the scales of the t-rex and how the raindrops glistened on it. When I was a kid I was too scared to fully appreciate that obviously but the lighters were set to work to make sure that the CG matches the live action elements.

We’ve already listed quite a few specialist roles in the studio and it sounds like quite a complex task to take all of this production material and turn it into something resembling the public facing animation we’re all familiar with.

That’s where compositors come in. They’re basically the ones who construct the final image by wrangling together the various layers of project material. Their job often involves making sure levels are consistent, adding motion blur, matching colours, finishing shadows, rotoscoping and keying where necessary.

A lot of the time, these people won’t be found in the studio – they’ll be hired for a single project or series and carted off to a sound room for their recording sessions.

Freelancers are common here, there is a phenomenal amount of VOA talent out there and they tend to get shared between many studios.

Responsible for everything audio during production. That includes soundtracks, sound effects, mixing, everything. Sometimes their jobs will require sourcing the score for an animation, sometimes they will double up as composers, it really depends on the budget and demands of the producer.

It might not be glamorous but there has to be someone keeping house around here. Animation studios, like offices, have all the standard outgoings and tasks that need attention in order to keep everything running. Bills and insurance to pay, materials and technology to source/ maintain, someone to coordinate the runners, and so on.